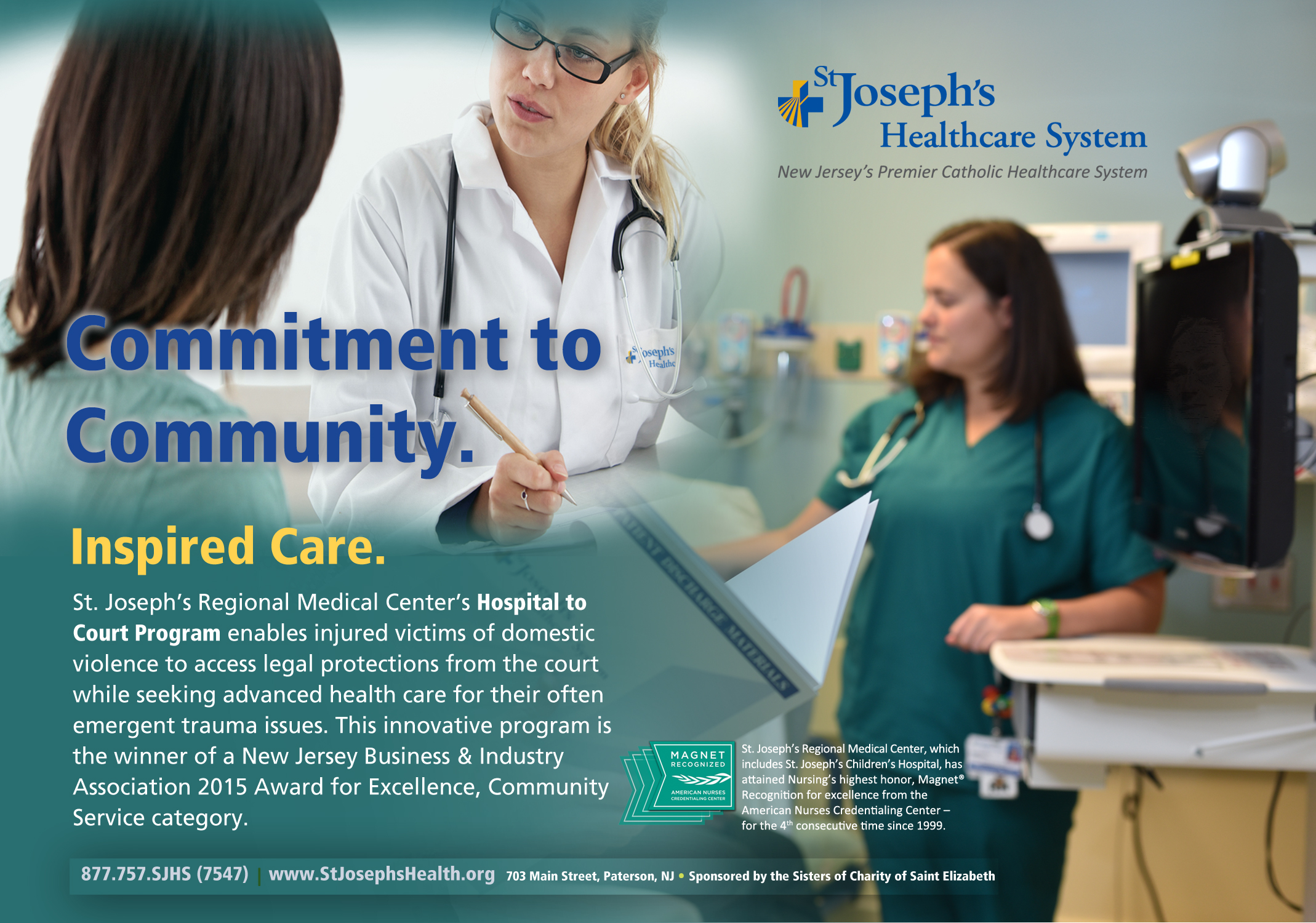 The Hospital to Court program is designed to meet the unique needs of victims of domestic violence who seek treatment, support and safety available at St. Joseph’s University Medical Center.

Through this program, injured victims – women and men of all ages – can access legal protections from the local court while also having the capability of seeking care for their often emergent trauma issues – body, mind and spirit.

If the patient chooses, access is provided via a portable computer-based (video) link from a private setting at St. Joseph’s University Medical Center to a Passaic Court (Passaic Vicinage) judge or hearing officer. The court official will take testimony from the victim and decide whether to issue a temporary restraining order (TRO). The court will then send the order to the victim while at the hospital. With a TRO, a legal protection order, in hand, the victim can be escorted home by a police officer.

Hospital to Court connectivity at St. Joseph’s University Medical Center is available 24 hours-a-day, every day of the year. Services are provided in a caring, nonjudgmental setting, where people are free to voice their concerns and have these needs addressed.

In 2015, the program, originally available during court hours, was expanded to around- the-clock accessibility, due to need.

The idea to initiate the Hospital to Court program at St. Joseph’s University Medical Center grew from discussions between hospital staff and Passaic County court officials in 2008. The Program kicked off in 2009, providing Temporary Restraining Orders (TROs) to patients seen in the Emergency Department at St. Joseph’s. Soon, the program was expanded, upon request, to other departments. Connectivity is currently initiated from a rolling telecommunications link, as needed, in units across the medical center. In 2015, St. Joseph’s began facilitating TROs to patients who meet the TRO criteria through the Paterson Police Department, 24/7, 365-days.

A model for other similar programs, Hospital to Court at St. Joseph’s University Medical Center is being adopted by other hospitals across New Jersey and around the country. It has been promoted by National Public Radio, Catholic Health World, Computerworld, NJ Monthly, and other media and a 2015 New Jersey Business and Industry Association Awards for Excellence, Community Service category winner and a 2015 NJBIZ Healthcare Heroes, Innovation/Organization category finalist.